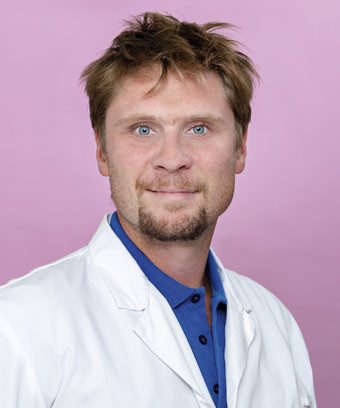 Dr. Adamski studied medicine in Belgium at the Université Libre de Bruxelles. He received his medical degree and defended his thesis on the interest of the sentinel lymph node of the internal breast chain in the management of breast cancer in 2005, with great distinction. He completed all his training in gynecology and obstetrics in Switzerland and obtained his postgraduate title of specialist in gynecology and obstetrics in September 2013. In 2011 he joined the fertility team in the Lausanne University Hospital (CHUV) after obtaining his university degree in Reproductive Medicine in Paris under the direction of Professor Jean-Marie Antoine. He shared his working time between the CHUV and the Valais Hospital in Sion where he developed a fertility unit. In early 2016, he obtained the FMH post-graduate degree in reproductive medicine and gynecological endocrinology and became a Senior Resident at the CHUV. He also confirmed his position as doctor in charge of the Valais fertility unit by becoming the only holder of this specialty in that canton. Dr. Adamski divides his professional activity between the CPMA Lausanne and his private practice in Sion. This allows him to offer to couples in Valais a local management of their fertility disorders while benefitting from the support of the CPMA Lausanne and the Fertas laboratory which is specialised in reproduction biology.