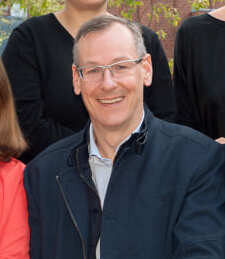 Born in 1962, he had studied medicine in Graz, Austria, Frankfurt am Main, and Berlin. In 1992 he received his doctor's degree at the Free University of Berlin, topic: 'Husband stress during in vitro fertilisation.' In 1998 he was named doctor for gynaecology and obstetrics.

In the years 1991-1995 dr Tandler-Schneider was a doctor at the university hospital of the Free University of Berlin, afterwards he was until 1999 a doctor at the German Red Cross women's hospital in Charlottenburg. Since 1999 he is a member of the team of Fertility Center Berlin. In 1999 he received basic education in psychosomatic treatment. In 2000 he was named doctor for reproductive medicine and endocrinology. In 2003 he executed for the first time certification of Fertility Center Berlin according to the norm DIN EN ISO 9001; the most recent recertification had taken place in March 2009. Since 2007 dr Tandler-Schneider is a member of the board of the Bundesverband Reproduktionsmedizinischer Zentren Deutschlands e.V. (BRZ) und joins the curatorship of the german IVF-Register.