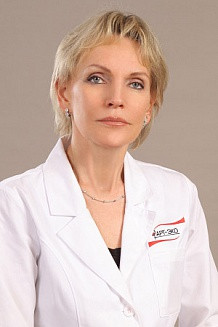 Graduated from the 1st Moscow Medical Institute. THEM. Sechenov, specializing in "medical care", then the city clinical residency on the basis of maternity hospital No. 25 and the Research Institute of Emergency Medicine. Sklifosovsky.

From 1982 to 1994 worked at the VNITS OZMiR of the Ministry of Health of the USSR, in the laboratory of clinical embryology under the guidance of Professor Boris Vasilievich Leonov, mastered the method of artificial insemination with husband and donor sperm (IOSM and IOSD) for the treatment of infertility, stood at the origins of the introduction of the method of in vitro fertilization and embryo transfer (IVF PE) in Russia. At the same time, she underwent an internship in the Department of Diagnosis and Treatment of Infertility of VNIC OZMiR with the aim of mastering the skills of performing laparoscopy, then she trained in the department of operative gynecology of 61 city hospitals.

In 1985, one of the first in the country, she mastered the method of ultrasound monitoring of growth and maturation of follicles on the background of stimulation of superovulation, as well as the technique of transvaginal puncture of ovarian follicles under the control of ultrasound. Has a rationalization proposal to optimize the timing of IOSM and IOSD using ultrasound.