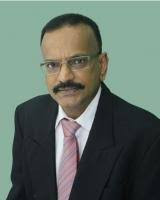 Datuk Dr. Mahesvaran Sittampalam has been the Director of Damai Service Hospital (HQ) Sdn Bhd and a permanent consultant in obstetrics and gynecology at the hospital since 1999.

Prior to that, he worked as an obstetrician and gynecologist at the General Hospital Johor Bahru, Malaysia. He completed graduate school in Cardiff, UK, where infertility caused his particular interest. Dr. Maheswaran Sithampalam received special training in assisted reproduction at King Edward Memorial Hospital in Perth. He is currently a Leading Consultant in the Department of Assisted Reproduction Techniques at Damai Service Hospital (HQ), Conceptual Fertility Center (Malaysia).

In addition to his clinical and surgical responsibilities in obstetrics and gynecology, he has played an important role in organizing IVF services in the hospital, and is currently the lead consultant in the department. He paid particular attention and was an active supporter of the safety of patients undergoing ovarian stimulation during assisted reproductive therapy. In April 2011, the Ministry of Health of Malaysia appointed him a member of the commission to investigate adverse events and mortality in accordance with the protocol for stimulating IVF. In addition, he took an active part in organizing the program of continuing medical education and clinical training in the hospital. He was also editor of LIFE (Training Initiatives for Fertility Experts) in 2006.