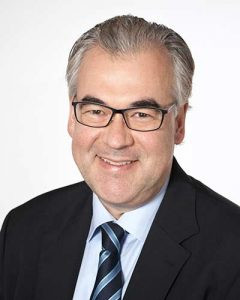 2001 - 2002
Research stay in the USA with DFG scholarship (KU 1425 / 1-1) and scholarship of the B. Braun Foundation, Melsungen Center for Disease Control and Prevention, Atlanta, GA

2011
Appointment as unscheduled professor of the Ludwig-Maximilians-University Munich

since 2000
Member of the Scientific Advisory Board of the German Thyroid League e.V.

since 2008
Member of the Steering Committee
The European IVF Monitoring Program (EIM)
European Society of Human Reproduction and Embryology (ESHRE),
Chairman-elect from June 2013

2009 - 2013
Member of the management team of the network FertiProtekt

Since 1993
Member of German Society for Gynecology and Obstetrics (DGGG)

since 1998
German Society for Medical Informatics Biometry and Epidemiology (GMDS)

since 1993
German Society for Ultrasound in Medicine (DEGUM)

Since 1993
Professional Association of Gynecologists (BVF)

since 1989
German-Chinese Society of Medicine

since 2002
German Society of Gynecological Endocrinology and Reproductive Medicine (DGGEF)