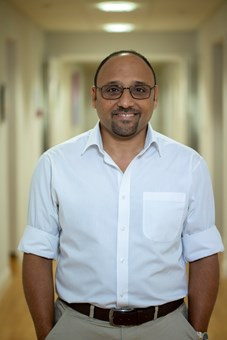 Mr Faris has been working as a Gynaecology and Fertility consultant at The Lister Hospital since 2007.  He graduated from Cairo University in 1991.  He moved to the UK in 1999 where he obtained the MRCOG and then FRCOG.  His clinical training in the UK in Obstetrics and Gynaecology began at The Ipswich Hospital and was completed at Nottingham University Hospital.  He enjoys his contribution to the NHS service running a colposcopy clinic as a consultant at Chelsea and St Mary's Hospital Imperial College since 2009.  He also worked as a consultant in Guys and St Thomas' Fertility unit for one year in 2008.

He obtained his MSc. degree from Cairo university in 1998.  He is an accredited laparoscopic surgeon by the Royal college of Obstetrician and Gynaecologists and has also obtained the European Universities Diploma of Operative Gynaecological Endoscopies at Université d’Auvergne, Clermont-Ferrand France in 1999.  He is an accredited trainer in embryo transfer, assisted conception, pelvic ultrasound, and quality management of fertility service by the British Fertility Society.  He is a member of BSCCP and an accredited trainer in colposcopy.  He has published nationally and internationally in different areas in reproductive medicine.  He also participates in multicentric national studies in the field of fertility.  He contributes to the specialty regularly as a speaker both in national and international meeting, in addition he participates in various educational activities, and fertility support networks.

He is highly experienced in all aspects of reproductive medicine and complicated cases.  This includes endometriosis, polycystic ovarian syndrome, recurrent implantation failure, miscarriages, and low ovarian reserve, and various forms of fertility preservation.