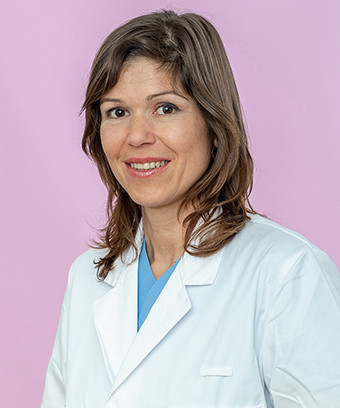 Dr. Rachel Cirafici is an FMH specialist in gynecology and obstetrics, including for surgery. She studied in the Faculty of Medicine at the Universities of Lausanne and Bern and obtained her medical degree in 2000. Her post-graduate training in gynecology and obstetrics was supplemented by a year of surgery and a year and a half of internal medicine. After obtaining her specialist title, she worked in the department of gynecology-obstetrics at the Valais Hospital in Sion as head of clinic for 4 years. In 2013, she obtained a degree in infertility management at the Descartes University in Paris. She is currently working as an obstetrician-gynecologist and treats infertility problems in her private practice (Rachel Cirafici Gynecology Sàrl, Rue d'Aoste 5b, 1920 Martigny). In January 2014, Dr. Cirafici joined the CPMA Lausanne team at the rate of one day per week as part of an inter-cantonal collaboration for the treatment of infertility.