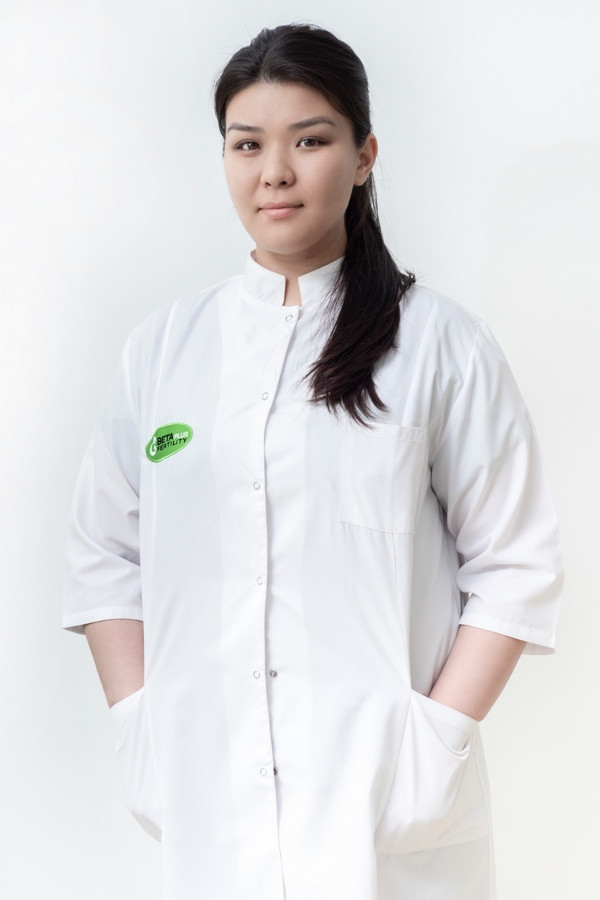 Zhadyra graduated from the Kazakhstan Institute of Biology and Biotechnology. After graduation, she went to France, where she worked in a proteomics laboratory, analyzing samples using mass spectrometry. Since 2012, she returned to Kazakhstan and as a biologist continued to work in the Laboratory of Genetic Engineering of the National Center as a junior researcher. She later joined the Kazakhstan Clinic of Persona IVF as an embryologist.
Zhadyra has been working in the Beta Plus beta therapy clinic since 2018 as an embryologist. As a highly qualified specialist, she has experience in the field of fast protein liquid chromatography (ACTA Unicorn 5.31 purifier), extraction and purification of plasmid DNA, restriction analysis of recombinant plasmids, DNA cloning, protein extraction, DNA extraction from blood, protein and DNA electrophoresis, spermogram ( Spermogram, Morphology, MAR-Test), DNA test for sperm fragmentation, microdeletion analysis in the CFR gene of the AZF locus of the Y chromosome, cystic fibrosis, cryopreservation and thawing of oocytes, embryos, hatching with sperm, IVF, ICSI, PICSI; Embryo Biopsy.